The Truth about Pirates and Bristol

Pirates and Bristol are synonymous. Piracy touched every part of the city whether it was the men from Bristol and its surrounds who sailed the ships, the families they left behind, the merchants who profited or lost as a result of their activities, the pirated goods that were bought and sold throughout the city to the gibbets erected to hang those captured.

A wander around this historic port is to conjure up this world, the Harbourside from which they sailed, the churches such as St Mary Redcliffe and Bristol Cathedral in which they prayed, the inns such as the Llandoger Trow in King Street in which they drank and told their tales of derring-do. The pirate city that has inspired ‘Treasure Island’, ‘Robinson Crusoe’ and the ‘Pirates of the Caribbean’ is revealed in this entertaining and well-researched talk. 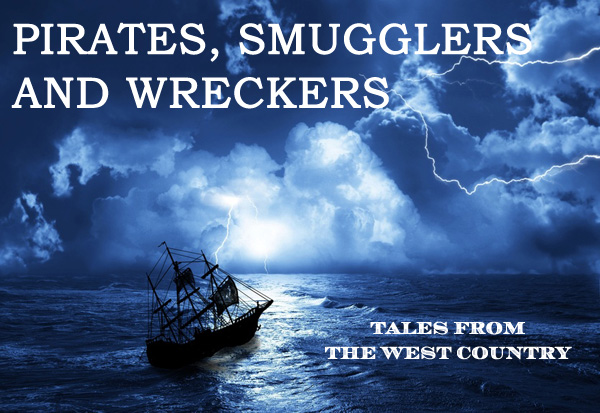 Look beneath the surface and you’ll discover England’s south west is more than a relaxing holiday destination offering cream teas, surfing, pretty villages and sandy beaches. Something more sinister lies at its heart, a sensational history that betrays centuries of robbery, violence and death!

Sit back and relax as the true story of the West Country’s dark and disturbing past is told in this revealing and humorous presentation.

Why You Should Become a Pirate! 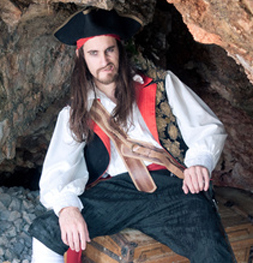 Mix together a faltering economy, growing unemployment and the boredom of everyday life and the life of a pirate seems like an attractive proposition. And so it was to many during the so-called ‘Golden Age of Piracy’ in the late 17th and early 18th centuries.

Almost 300 years later the same conditions present themselves and in this lively presentation you’ll find out why you too should consider a career in one of the world’s oldest professions. 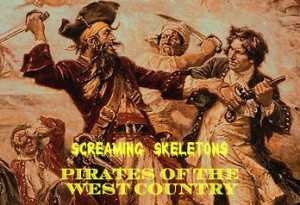 “Shot in the chest with his throat already cut he survived a further four shots and a half-dozen sword slashes before finally collapsing to his death. His severed head was placed on the bowsprit of the victorious ship as a warning to other pirates. In imitation, another pirate’s head was displayed, before being cut down, stored in a pickle barrel, and used as evidence at a subsequent court hearing.”

In this lively presentation the spectacular lives and gruesome fates of some of the West Country’s most notorious pirates are finally laid bare.

The Coast is Clear: Smuggling in the West Country 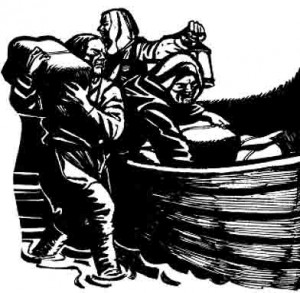 The high point of this illicit trade was the 18th and 18th centuries but the wild and remote coasts of Devon and Cornwall, the hidden caves and coves of Somerset and Dorset have been a smuggling hotspot for a thousand years.

In this presentation we reveal the secret activities of some of the most audacious smugglers in the West Country and show how smuggling still affects us all today.

All the presentations are delivered with the aid of powerpoint slides and  all the necessary equipment, such as laptop computer, data projector and screen can be supplied at no extra cost. Depending on the particular talk and audience, appropriate props and costumes may be used.

The presentations are approximately 45 minutes in duration but can be adjusted as required.

Feisal Khalif informed and entertained the teachers from the Heritage Schools Programme in Bristol, with a talk that explored the link between Bristol and Pirates in myth and reality. His depth of knowledge, based on extensive research gave a fascinating insight into how the myths developed as well as where the elements of truth lay.
Michael Gorely, Local Heritage Education Manager South West

Just a quick note to thank you for a truly fabulous presentation and evening of activities at our monthly Women’s Institute meeting. Everyone had a completely brilliant time and thanks to you, the activities generated lots of laughs and conversation.

The pirate names were a super addition and overall we were thrilled with our Pirate themed meeting. We won’t hesitate to recommend you to other groups in the federation…prepare to be inundated with requests!!
Brislington WI

Brilliant! Informative, entertaining and funny. Captain Rocky Cliff captured the mood of the motley crew (aged 60 – 90+) right from the off. No one was embarrassed and no one was lost overboard. You won’t be disappointed if you welcome him aboard.
St Peter’s Over 50s Club

For more details and to book a speaker for your group, meeting or venue, call 0117 939 4311 or send your enquiry to ahoy@pirateattack.co.uk