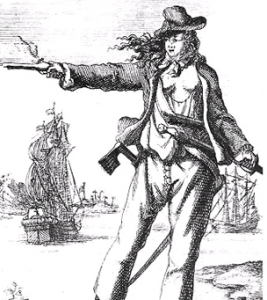 Anne Bonny was born around 1700 in Ireland. Following her family’s move to the Bahamas she became a pirate who fought under the command of “Calico Jack” Rackham between 1718 and 1720. Together with fellow female pirate Mary Read, she was one of Rackham’s more formidable pirates, fighting, cursing and drinking with the best of them. She was captured along with the rest of Rackham’s crew in 1720 and sentenced to death, although her sentence was commuted because she was pregnant. 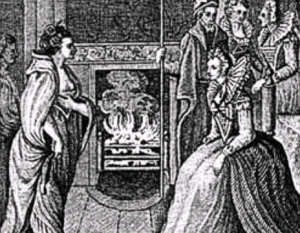 Born in Ireland in 1530, Grace was part of a wealthy seafaring family who combined a legitimate trading business with piracy and were successful at both. In a show of sheer determination, Grace endeavored to follow in her father’s footsteps and become a sea captain, and she was not about to let the fact that she was a female hold her back. She fought a sea battle against the Turks one day after giving birth to her son. She also visited Queen Elizabeth to ask for clemency for all of her family’s piracy; O’Malley must have impressed the queen, because she got what she asked for.

The illegitimate daughter of an English sea captain, Mary was encouraged by her mother to pretend to be a boy, so as to fool a maternal grandmother into continuing financial support for who she thought was her (by now dead) grandson. Adopting a male disguise full time she joined the British army, serving in Holland. After a period of living as a woman the death of her husband caused her to seek her fortune in the West Indies but the ship taking her there was captured by pirates. Eventually, Mary resumed her dual identity as a man and turned to piracy sailing with Ann Bonney and Calico Jack Rackham. Like Ann she was granted a pardon upon capture as she was pregnant. Unfortunately she died in childbirth soon afterwards. 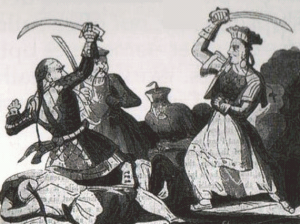 Also known as Cheng I Sao, Shih terrorized the China Sea in the early 19th century. A brilliant Cantonese pirate, she commanded 1800 ships and more than 80,000 pirates — men, women, and even children. Shih challenged the world superpower empires at the time such as the British, Portuguese and the Qing dynasty. Undefeated, she would become one of China and Asia’s dominant pirates, and one of world history’s most powerful pirates. She was also one of the few pirate captains to retire from piracy. 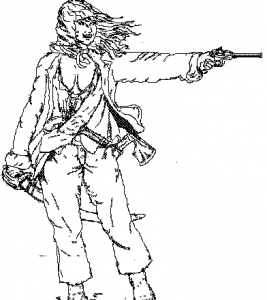 Born Rachel Schmidt in 1760, in Pennsylvania, Rachel turned to piracy soon after marriage to George Wall. Rachel and her crew had a clever ploy: After a storm, Rachel would stand on deck and yell out for help. When passers-by came to assist her, their goods would be stolen and then they would be killed by Rachel’s crew. Between 1781 and 1782, the crew captured 12 boats, killed 24 sailors, and stole $6,000 in cash. She was charged with robbery in 1789, becoming the last woman to be hanged in Massachusetts.